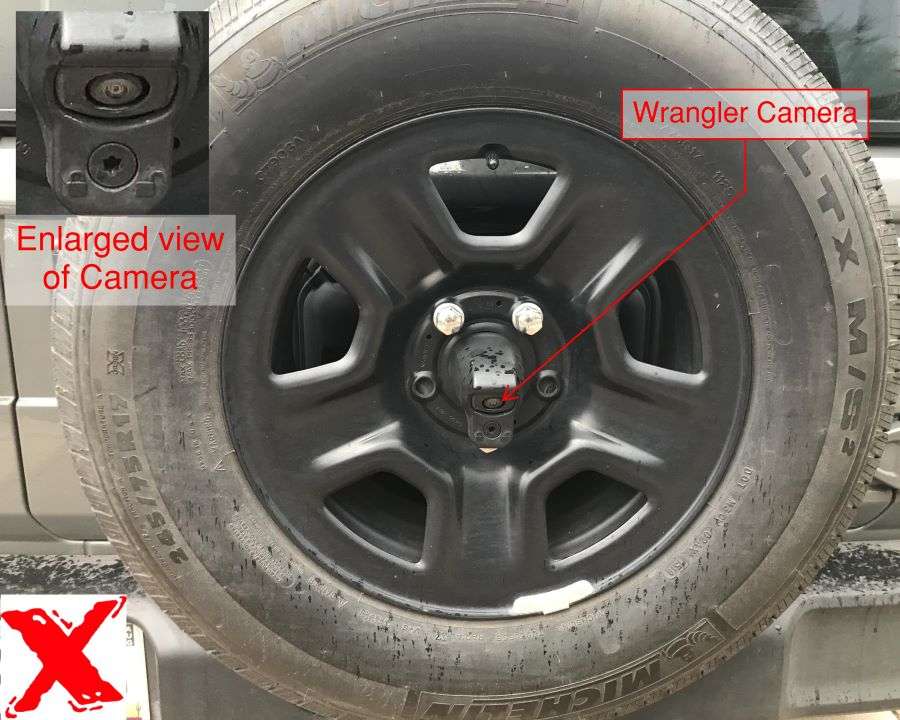 While many of the older Jeep Wranglers do not have a backup camera due to their age, there are many Wranglers that do.

Jeep introduced backup cameras on the Wranglers in 2018.  This coincided with the release of their latest generation of the wrangler, the JL. The JL has been going strong from 2018 to the present day.

These are the models and their years that do not have factory-installed backup cameras:

Which Jeep Wrangler Models Come With a Backup Camera?

So that even includes the sport model. I drive the Wrangler Sport and the backup camera is a great addition.

Since some Jeepers love to modify their rig, there are some TJs and JKs that have backup and forward cameras installed on their vehicle. They did this to get great views of the trail and look out for any crazy obstacles that could knock them out of commission on the trail. So if you are in the market for a used Jeep be on the lookout for those!

Here are some shots of my Jeep Wrangler JL Sport. This will help you get familiar with the Camara and the screen.  We don’t have the upgraded tech package ( big mistake!). This means that our screen is a little smaller but it still works great for seeing what is behind you.

There are some Jeep Enthusiasts that liked how basic the Jeep Wranglers were built for a long time. Window cranks are a great example. They are one of the few vehicles that have hand cranks to roll your window up and down.

So every year the Wrangler does an upgrade in technology the older Wrangler fans will moan. BUT! The backup camera is required by law so don’t get too down on Jeep for this add-on.

Congress passed a law in 2008 that required the USA regulators to create some rules to adopt technology to improve rearview visibility. It took until 2014 for the USDOT to finally require cameras in 2014 but it gave automakers plenty of time to comply with this law. The deadline was 2018 and that is why you see the Wranglers fall in line with their own backup cameras.

While some of you may scoff at the idea of backup cameras they could save a life. According to the NHTSA (National Highway Traffic Safety Administration), there are an average of 292 fatalities and 18,000 accidents resulting from vehicles backing over someone EVERY YEAR!  That is a lot of accidents.

If you have further interest in this you can check out the Federal Motor Vehicle Safety Standard 111 for full compliance requirements from Federalregister.gov

Are All Cars Required To Have Backup Cameras?

But having one does make your reverse maneuvers a lot safer for your family and for the general public.

Installing a backup camera on your Wrangler is not going to be a plug and option but it may require some cutting (depending on the camera location you want) and a little bit of handy work. I would say that most people could do it if they have the time, patience, and tools ready.

If you have money available you could hire someone to perform the work for you as there should be a shop that does this kind of work if you live in the City.

To give you an idea of the work that could be involved check out this write-up at the JK forum. It’s a general write up so depending on which camera you purchase, the installation could be a lot different. The best thing about Jeeps is that you are going to have tons of different after-market cameras available for you at various locations online. Another great thing about Jeeps is that they are made to be modified!

Are you someone like me that will research something to the death prior to buying?  This is what I do when I buy vehicles and I definitely need to know…