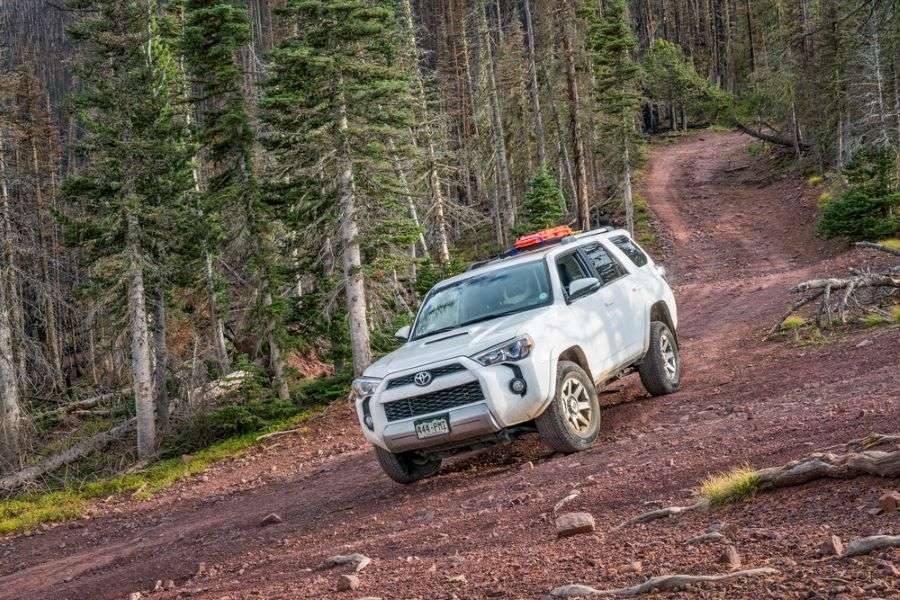 The Toyota 4runner is one of the most popular vehicles in the United States. Its popularity is due to many factors but reliability, offroad capabilities, and size quickly come to mind. But not all 4unners are made equal. In this article, we will provide you with the best and worst years for the Toyota 4runner.

To give you a quick summary of the best years we took a review of Consumer Reports reviews on the vehicles and we have listed them below. This covers only the years from 2000 to 2021. They ranked them from 0 to 5 in reliability and owner satisfaction.

These are the years that ranked the highest. They earned a minimum 4 and 5 in the reliability and owner satisfaction categories.

The 2007 received a 5 out of 5 in reliability and owner satisfaction. Some of the top features mentioned were the quietness, powertrain, offroad ability, towing, and cargo volume. While the negative was the fuel economy.

The following years ranked average to above average. They earned at minimum a 3 out of 3 for reliability and owner satisfaction or higher.

The following year was considered by Consumer Reports to be the worst. It was the 2001 4Runner. The reliability scored a 1 out of 5 but it does seem like owners still enjoyed it as they ranked it a 4 out of 5. Some of the positives were the secure handling with stability control and the competent braking. The negative was the stiff ride, snug interior, and difficult access.

So because the 4runner has received great reviews since 2000 let’s break the worst years down into a bigger section because just to get picky!

The following vehicles can be seen as their worst years even though the worst could be average in some people’s eyes. They either received the highest a 3 and 4 in a combo of the two categories.

Those were the 2020, 2019, 2002, and the 2001.  All besides the 2001 received a 3 or a 4 in either reliability or owner satisfaction. I wouldn’t necessarily write them off because they are average scores just understand that they are lower than they typically score.

As mentioned above, the 2007 received 5 out of 5 for reliability and owner satisfaction so if you are shopping for an older 4Runner that might be your best bet. Any of the years mentioned above should perform fine as well as they at minimum received only one 4 and the other score was a five. Let’s break down why those years received the top scores and even where they struggled.

2021: Received a 5 for reliability and 4 for owner satisfaction

I will say the interior finish is definitely one of the reasons I don’t like them. They sell so many of these vehicles that they don’t have to update them to modern times and they still cost a lot! I guess Toyota would respond to that with: “don’t fix what ain’t broke”. It is very similar to how the interior of the Wranglers is treated. Always behind the times!

2014: Received a 5 for reliability and 4 for owner satisfaction

2012: Received a 5 for reliability and 4 for owner satisfaction

Positives: Same as above

Negatives: Same as above

Why Are 4runners So Popular?

One of the reasons 4Runners is so popular is because of the dependability on the road or on the trail. Don’t be fooled the 4Runner is a great off-road vehicle but is also a daily driver for soccer moms and dads around the country!

You can find the 4Runner or a version of the 4Runner around the world and they are typically in good shape and still running strong. Because the 4Runner is so durable this helps in the maintenance department. You will spend a lot less time in the shop than many other SUVs.

It’s also a very versatile vehicle. While it can be on the trail it can also hold a lot of things for general family purposes and it isn’t as large as some of the monster SUVs that are being made. We are looking at you Nissan Armada and Toyota Sequoia. So driving a 4Runner isn’t as intimidating as driving one of the larger vehicles so it can reach a larger demographic.

Brand.  The 4Runner brand is strong because of the reasons mentioned above and it is one of the longest-running SUVs out!  It has been going strong since it first came out in 1983!!!  Name an SUV that has an older history. The only other one that compares is the Jeep Grand Cherokee. So people have come to know the brand as being one of the best.

The best year was 2007 and the other years mentioned above aren’t too far behind. You cannot go wrong with those or even the above-average models because the 4Runners set such a high barrier.

Just be careful if you happen to be looking at the 21 plus year old 2001 version of the 4Runner. Reliability was down for some reason that year!